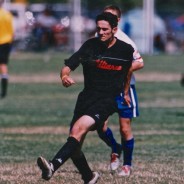 Sports-related concussions have been gaining attention lately.  Far, far too late in my opinion.  It is almost like our thinking about this issue has been as impaired as the post-concussion brains of the afflicted athletes.  Our cavalier attitude, so entrenched for so many generations, is truly bizarre.  Before I get too self-righteous I need to confess. Buried in my confession is some useful insight, assuming that my concussion addled brain is capable of insight.

As a soccer player, I suffered a series of concussions.  I learned from them – mostly about what they were like, less so about proper care.  I was never knocked into unconsciousness but stitches, dulled brain, fatigue and difficulty chewing were familiar. I wanted to play.  By the time I been medically trained, the lessons were that as long as I was not unconscious or unable to remember what had happened, there was no reason for stopping.  With no medical or training staff there to keep me off the field, I usually went to the sidelines and, unless I needed stitches, I would go back in after a few minutes. If I did not remember something, I did not remember that I didn’t know it.  When I played on a medical school team, we would tell each other what to do on the field during games but none of us would tell anyone else they needed to come off.

My brother was a hockey superstar in our hockey crazed home state of Minnesota.  He suffered a series of concussions worse than mine.  In his highly visible situation, playing in big arenas with media attention even in high he got more attention, thankfully as he needed it. He went to the hospital more than once.  I was very concerned about him.  At the same time, he ignored very serious symptoms occasionally. The time that still scares me was when, as a proud freshman, he was playing a regular shift on his college team.  He was hit and lost one half of his vision.  He vomited in the locker room between periods but continued to try to play.  When he first joined a professional team, he sustained another concussion and, in the new environment, did not recognize his team mates or the arena.  That experience made him realize that this was probably not the best way to make a living.

As a physician, I have always treated patients with concussions at least as cautiously as authorities recommend.  Nearly 15 years ago I began urging athletes involved with contact sports to be much more cautious about these head injuries including baseline cognitive testing so that we could better assess the status of their brain after an injury and when it might be safe to return to activity.

It is easier for me to tell patients what to do that it is myself.  This is why I am pleased by increasing awareness and the new regulations in many states and some athletic associations, requiring those around the athletes to intervene, removing players from the game whenever concussions are expected. The idea of outside intervention is a good one but only a partial solution as you can see in this story.

I used to direct referee instruction for coastal Northern California and also taught the highest level referees about physical training. Some of them still keep in touch.  One of them in Ohio shared his story about his first time implementing Ohio’s new concussion law. A player in a game he was reffing went down in a collision.  The referee could tell the played was “stunned”.  The player wanted to continue and the coach did not want to remove the player from the game.  A nurse, who was watching the game, assured the referee the player was fine.  The player stayed on the field. Over the next five minutes, the referee determined that the player was not acting normally.  He asked the player simple questions about the game (score, opponent’s name etc). Finding that the player could not answer these questions, he insisted that the player leave the game despite the coaches objections. Although it is evident that the player should have been removed immediately after the injury (“stunned” is NEVER okay) I applaud the referee’s character and determination to resist those who should have stepped in themselves on the player’s behalf, especially the coach.

The lessons?  What we need is a cultural change.  We need to recognize that smashing our heads is dangerous even when there is no visible blood or brain tissue on the ground.  When we can change what is considered normal behavior, we will no longer tolerate such dangerous circumstances.