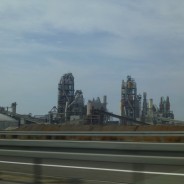 A new, very large, well-designed and important study linking specific prenatal maternal environmental exposures to later autism, conducted by researchers from Harvard and the MIND Institute in Davis, has just been published. Here is the link to the article.  The study of 325 autistic individuals and over 22,000 healthy children, compared data about environmental levels of toxins possibly linked to impaired brain and nervous system development.  They found a direct correlation between how high recorded toxin levels were at the date and location of each child’s birth and their risk of developing autism. One study limitation was the “street light” scenario, where the drunk person is looking under a street light for his keys.  He may or may not have lost them around there but it is the only place he could see them in the dark.  We can’d find a connection when we don’t have data, so while other toxins could be just as important or even more so, we can’t see that.  I would very much like to see these data reanalyzed incorporating total mercury exposure from the number of vaccines each child received.

The argument is getting stronger and stronger that environmental exposures are very important. The most consistent biochemical difference between children with autism and other children is a deficiency in a metal-detoxifying pathway involving glutathione.  Many of the linked chemicals are detoxified by this pathway and for many years vaccine preservatives were similar chemicals. The most compelling studies suggesting a possible association between vaccines and autism evaluated the total number of mercury-containing vaccines, not one specific vaccine or another. One study showed that women who took iron for several months before and after the beginning of pregnancy were 40% less likely to give birth to a child, later to develop autism.  Minerals and metals like iron, compete with each other for absorption.  Taking iron would partially block the absorption and potential damage caused by toxic metals. I do not believe these facts are all coincidences.  Certainly more careful investigation is warranted.  Avoiding excessive use of vaccinations, especially those with these preservatives is obvious.  So too is aggressively treating iron deficiency in women in their childbearing years and helping them otherwise avoid and remove any known toxins.