Vitamin D is Too Good Not to Be True 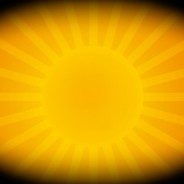 Several years ago when I attended the first medical conference on vitamin D designed for clinicians, the limited data we had were very exciting.  There was also many reasons to be skeptical and many were.  It all sounded too good to be true they thought.

Maybe higher vitamin D levels just told us who was already healthy.  Instead of being sick and house-bound, they spent more time outside.  The high vitamin D was not the cause of being well, it was the result.  More complicated, time-consuming and expensive studies would have to be done to sort out the truth.

Since then we have accumulated a great deal of research data.  What does it show?

As we broaden our view to hunt down foreseen connections, more and more comes to light.  For example, we have long been aware of a rising rate of premature onset of menses in little girls.  There were many explanations including hormones in the food, rising rates of obesity and environmental hormone disrupting chemicals. Now we can add low vitamin D to the list of contributors.

Vitamin D lowers the risk of ischemic stroke and diabetes.  Low vitamin D is closely linked to vitiligo (patchy white skin) whether or not there is an autoimmune disease contributing to the vitiligo.

Patients with hepatitis C are more likely to respond to drug treatment and get better if their D levels are higher.  Black people with high blood pressure can lower it taking vitamin D but a dose of at least 2,000 iu is necessary and 4,000 iu/day (the highest they tested) is better.

A paltry dose of 1,200 iu of D3 markedly reduced the symptoms of Parkinson’s Disease patients.

Honestly, it is getting kind of boring.   It is abundantly clear that optimizing everyone’s D level is a no-brainer, regardless of their health. Vitamin D is just plain GOOD.  The end.

I am interested in what we do not know and then, most importantly, what can be done about it. I want to help not just categorize.  Diagnoses and labels are of interest to me as much as they help me to help others and know what is ahead. Give me something useful, please.

One study provides a partial explanation why improving D levels is an individual matter.  I have patients who have to take three times as much D as other patients to achieve the very same blood level. Specific health issues (like high blood pressure and diabetes) impact an individual’s need, as does a person’s size.  However, this study demonstrated that genetic determinants significantly altered metabolism of vitamin D taken as an oral supplement.  Just like you can’t tell a person’s cholesterol level just by looking at their food, you can’t predict someone’s D level by how much they supplement, or where they live.  To really know, we have to do a blood test.

An investigation of oral vitamin D supplementation in one month old Canadian breast-fed infants gave us specific information regarding necessary dosage.  This study found that 1,600 iu day was required to achieve the 32 ng/ml minimum in this study.  (I’d rater see 50). Doses of 400, 800 and 1,200 iu/day did not get the babies blood levels that high.  Remember that the American Academy of Pediatrics recommends 400 iu/day and the Institute of Medicine proclaimed that 1,000 (up to six months) or 1,500 iu/day (six months to one year) was the upper limit of safety. Gong.

A study of overweight and obese women with polycystic ovary syndrome discovered that vitamin D levels appeared to influence the magnitude of benefit they achieved from changing their health habits (diet and exercise).  The very same changes lowered the women’s cholesterol more and reduced their waist size more during the brighter summer months than in the winter.  The investigators measured the subjects D levels and found that the higher the D levels, the greater the impact of positive lifestyle changes.

There is one fly in this ointment. Their study design does not exclude the possibility that the increased vitamin D levels alone, without the lifestyle changes, would have made the difference.  To put it another way, the sunshine made these women healthier regardless of anything they did.  The study did show that the lifestyle changes made a difference and the D added to the effect, maybe on its own, maybe only with their good efforts.

The bottom line of this finding for you is my advice that you should take advantage of your opportunity. Right now, the sunny time of the year, looks to be THE time to get yourself healthy.

If you are reading this indoors, please do yourself a favor.  Leave now.  Go outside.  Get some vitamin D.  Take action on those dormant plans to live healthier.  NOW is the time!