Doctors, Drugs, and Conflicts of Interest 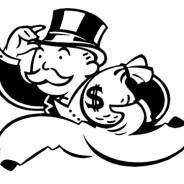 Following up on last month’s controversial statin-boosting recommendations, three weeks ago the Journal of the American Medical Association published an editorial claiming that statins are good at preventing heart attacks in people who haven’t had one. To say that I was skeptical would downplay my reaction.

I looked over the article carefully. The author based her opinions largely upon a recent reanalysis of several studies. Her claim was that meta-analysis was very positive, both on the consideration of effectiveness as well as on the matter of adverse effects. In other words, the bottom line was that the positives were substantial, with little risk of problems.

Thats not what I’ve read. So, I dug deeper.

The article she refers to (Cochrane Collaboration Statin Review 2013) reads a bit differently. The following is from the “plain language summary” section of that article:

Of 1000 people treated with a statin for five years, 18 would avoid a major CVD event

Statin studies funded by manufacturers lead us to believe that adverse effects are rare. Partly how they create such low apparent rates of adverse effects is they begin with a “trial period” and then drop anyone who has a problem from the full study. The people who complete the study, and whose experiences are reflected in the relevant study’s conclusions, are then much less likely to report a problem. Independent studies show huge adverse effect rates (over 50% by some conventional academic estimates). No one doubts that statins very commonly cause diabetes. That is very well known. Muscle problems are very common or very rare, depending on what study you read. Other effects, like mental impairment for example, are even less consistently evident in the research. Unfortunately the Cochrane review skimmed over contentions about statin side effects

Then I looked into the fine print “conflicts of interest” section. It turns out that the author of the piece is a PAID consultant for three drug companies, and receives research funding from TWELVE! The manufacturers of some of the most popular statin drugs “contribute” to her work.

There is a website that tracks MD funding from drug companies (propublica.org) but this only had data on two of those contracts. That “tip of the iceberg” totals nearly $90,000.

Why is such ethically tainted commentary accepted in medicine and why is it published in such a prestigious medical journal? Why are docs so easily mislead by drug company marketing? This specific article, the whole statin issue, and even physician conflicts of interest are only a few tips of another very large and very nasty old iceberg.

Several years ago, after ONE drug company settled with a number of states over their illegal marketing of ONE drug to American physicians, the State of California held a medical meeting in San Francisco to teach doctors about the nefarious methods of Big Pharma. The meeting was free and we got CME credit to boot. About 150 of California’s 100,000 licensed medical doctors attended. It was a great meeting. Internal company documents revealed amazingly devious and wide-ranging schemes they used to manipulate physician prescribing. By the end of the meeting, as the confirmed skeptic in the group, I had become one of the panelists. However, even I was surprised to learn that I had not been as wary of the drug companies as I should have been.

Two weeks ago, the British Medical Journal published a study of drug company malfeasance that was quite disturbing. The article opened with the question whether civil and criminal penalties of hundreds of millions of dollars are adequate deterrents to manufacturer bad behavior. In the last five years, criminal penalties have grown fivefold, now running over $1 billion annually. In 2012, one company (Glaxo Smith Kline) paid $3 billion to the government to settle criminal and civil fraud allegations. These fines have grown exponentially but remain a small fraction of the expenses of these companies.

Some could take the view that these corporations have no conflicts of interest. Their job is to maximize profit for their shareholders and nothing more. That view is, entirely ridiculous. Along with their profit-generation, they can not harm people along the way.

Well over a century ago, unhealthy and frankly disgusting production practices in American food industry were exposed, leading to government oversight. The current situation is in some ways worse because the unethical, dishonest and criminal activity is directed at sick people.

In a simple, sunshiny world, these companies would balance their bottom line with altruism. Don’t we wish? It seems that they have learned that unethical business practices are financially rewarding and any fines they incur are just part of the “cost of business”.

My concern is the cost to your health.