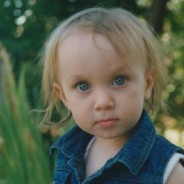 Many years ago when I was offered a job at the University of Texas Medical Branch, I proposed several studies. One of those was to administer probiotics to newborn babies to see if we could reduce the rate of colic. A similarly designed trial of nearly 600 Italian infants was recently published. The probiotic (Lactobacillus reuteri DSM 17938) cut episodes of inconsolable crying by about half. The same was true of the frequency of regurgitation (spitting up/vomiting). It also reduced constipation in the newborns.

Add that to previous studies showing probiotics reduce allergies and lower the rate of one of the most serious problems newborns suffer (necrotizing enter colitis). My decades-long advice to parents, advising them to start probiotics in pregnancy and give them to their newborn babies, seems better and better.

Another of my probiotic predictions seems to be coming true. Taking a certain probiotic (lactobacillus rhamnosus) has been linked to weight loss.

A range of studies and scientific evidence about why so many people are getting fat have been building towards this. Undoubtedly the problem is far more complicated and many of the factors, like environmental contamination with endocrine disrupting chemicals, we can’t change easily or quickly. Just as certainly, these findings demonstrate that there are actions we can take in addition to the vitally important diet and exercise improvements most people should make.

The principle attention regarding specific probiotic species and weight loss is focused on the relative balance of two species (firmicutes and bacteroidetes). When firmicutes predominate, people tend to acquire and maintain more body fat. Animals, including humans, that live in colder climates tend to be larger, with higher levels of body fat. As the cold environment demands burning calories to keep warm, and fat is a rich source of calories, this would seem to be a good adaptation. Also, with the plethora of food sources available in tropical environments, animals do not need to store calories. A worldwide study of 1,200 people found that the balance of firmicutes and bacteroidetes paralleled those long-established observations. The closer people lived to the equator, the greater the predominance of bacteroidetes in their digestive tract.

Observing a pattern does not establish causation, nor does it prove that changing the bacteria in our intestines will cause weight loss or gain. A new study, using a bacteria closely related to the Culturelle probiotic I have been using in my office for twenty years, found just that but I don’t think it is quite so simple. At least not yet.

Eventually I believe that we will identify the most effective balance of healthy bacteria for each individual. Part of that will include their own weight control characteristics. The “best” for one person will probably change along with other chronic and evolving health factors. This geographic study also hints that the ideal for a person might also change depending upon where they live at the time. Matching the inner ecosystem of our bodies to the outer ecosystem of the world immediately surrounding us, is a very cool concept.