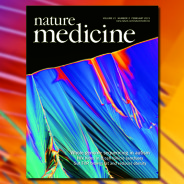 Autism is what we call a “syndrome,” rather than a disease. A syndrome is a pattern of symptoms. Of course, diseases have patterns of symptoms too, but diseases have identified causes or specific abnormal biological patterns. In other words, not only don’t we know what causes autism, we can’t confidently describe a single specific biological abnormality. At least on the biological pattern, I think we are getting close (glutamates and cytokines).

No one likes uncertainty. The fear of uncertainty grows when the victims are our children. Even worse is the present circumstance. The rising rate of autism has us all concerned.

For generations, the medical community has blamed parents. Doctors used to blame emotionally cold “refrigerator mothers” for their children’s problems. Observations that autistic tendencies ran in families has also led experts to blame parents, but for their bad genes, not their personalities or parenting styles.

I have never felt comfortable with any of these explanations. In truth, these explanations instead seemed idiotic and demeaning. The most violently dysfunctional or neglectful households certainly produce children with emotional problems, but they don’t create autistic children. If it is simply that genetics are to blame, why is the rate soaring?

The answers have to be more complex. A new study has given us some very important information, supporting my common sense opinion.

The results shocked many. The autistic children of the same two parents seldom shared any genes linked to autism (31%).

What does that mean?

It means that, although the genes of a certain individual might make that child more likely to develop autism, something else has to be the trigger. My money is on an environmental factor. The leading candidates are organochlorine pesticides, phthalates, glyphosate (ROUNDUP) and heavy metals like mercury. A large study conducted by Harvard and the MIND Institute at UC Davis found a correlation between prenatal toxin exposures and autism. Autism was identified by Dr. Leo Kanner at Johns Hopkins in 1943. There is evidence suggesting that many of his patients had mercury poisoning.

This important study adds to the concerns we should all have about the consequences of degrading our environment for ourselves, our children and the Earth. The impacts are not off in some distant future. Even though we are not entirely clear about the details, we are certainly feeling the impacts right now.