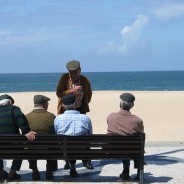 We have good news suggesting a simple means to prevent the most common life-threatening cancer among men – prostate cancer. As part of the Harvard Health Professionals Follow-up Study, a well-designed 18 year observation of 32,000 men, recently confirmed previous findings that frequent sexual activity lowered the risk of prostate cancer considerably. (20% for those who were active 21 or more times a month averaged in their 20s, 40s and just before study closure, whatever age they had reached.)

Figures show that 14% of American males will develop prostate cancer, so this is probably an important and useful finding. Why only “probably”? Well, it could be that men who have sex more often are different to begin with. Their hormones or some other factor leading them to have sex more often than other men, also make them less likely to develop cancer. In other words, it might be that frequent sexual activity is one consequence of some other factor leading to lowered prostate risk, not the cause of that decreased risk.

A man’s risk of prostate cancer risk is influenced by his family history, but of course, you can’t change who your parents are. The link between frequent ejaculation and lowered risk of prostate cancer is convincing. So, even though we can’t yet prove cause and effect, sexual behavior is now the strongest known modifiable risk factor.