Be Wary of Experts 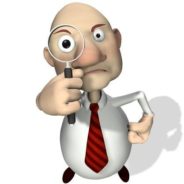 A medical news headline the other day about the long term impacts of lead contained a couple of meanings for me.

The obvious one was that minimal lead exposures in childhood had life-long impacts, specifically impairing intellectual ability. We now know that lead exposures that were considered safe long ago were not at all safe, and continuing to this very day, those long ago lead exposures still influence those people. The experts who created the standards way back then were flat out wrong. Herbert Needleman, MD, who thought more carefully and critically, endured decades of criticism from industry as well as academic colleagues. He was right. They were wrong.

The less obvious meaning is just as important, but in a much broader way. That lesson is be wary of experts.

When I was an overweight 13 year old running down the road I thought I was doing something for my health. I was, but I was also accidentally learning the most important lesson of my medical career and one you need to absorb yourself.

That was before the big running boom, so as an oddity, my teachers were the people driving by. They honked, hooted, laughed and shouted out all sorts of comments. None of them were encouraging, and few of them were anywhere near as funny as they seemed to think.

The lesson was that even when a lot of people think you are wrong, you might be right. You need to ignore their pressures to “toe the line” of conformity, and find out for yourself instead. Sure, I was stubborn/determined to start with, or I wouldn’t have persisted. However, my experience confirmed that ignorance abounds. It was a fundamental lesson for me to learn.

My professional experience since then taught me that the most dangerous founts of ignorance are people who are supposed to know more than the rest of us, “experts”, in another word.

I started working in the hospital as a 17 year old in 1972. Every day since then I’ve witnessed a bipolar melange of wonderful human caring, determination and great science lumped together with so much ridiculously obvious wrong-headedness. “Expertise” in the form of arrogant overconfidence is often to blame. Certainty creates and perpetuates ignorance. When you think you know-it-all, why would you second guess yourself? A bit more humility and common sense would fix most of the mistakes.

There is a great deal of talk about the death of expertise. Physicians howled for years about patients asking questions after reading something on the internet. The howls quieted to grumbles as doctors discovered the benefits of internet learning for themselves. Some docs have even adjusted and come to appreciate having better-informed patients.

The big truth, the one that threatens experts and terrifies patients, is that none of us know everything.

I see the death of expertise as the healthy democratization of knowledge. Especially when it comes to health, we all have powerful reasons to learn what is best for us. We must all be wary of experts and surrendering our responsibility to think for ourselves. At the same time, expertise has an important role.

The truth is in between. In general, experts think too narrowly and need to be pushed to think outside of their customary boxes. Non-experts are too easily swayed by something they just read or heard. They don’t know how that one report fits in with everything else that is already known and lack the training needed to examine the claim critically.

The tension between “uninformed” people advocating ideas in opposition to experts carrying the flag of recognized authority is exciting and productive.

Remember that expert opinions are still just “OPINIONS”. Opinions are not the pure distillation of logical though. Even when an expert thinks he/she is being unbiased, she/he is wrong. No matter how much we know, we look at the world through our lens of experience and prejudice. No matter how much we know, something is still invisible. We are all biased and limited in our understanding. Expert “opinions” are usually influenced by self-interest, either monetary from one source or another, or self-interested because of the expert’s underlying prejudice. Outsiders seldom realize the nastiness of academic infighting and turf wars. Being right can be more about ego than truth.

Be wary of experts. Be wary of your own biases. Try to figure out where you are making mistakes. I find this approach invaluable in medicine, relationships, politics and life in general.