NSAIDs Are Harmful for Athletes and the Rest of Us 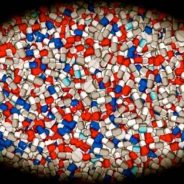 Slowly people are letting go of their love of NSAIDs (ibuprofen, ADVIL, Naproxen, NAPROSYN, etc). They are far from benign painkillers.

Many people mistakenly view “inflammation” as an enemy. With that mistaken understanding, they love the idea that Non-Steroidal-Anti-Inflammatory Drugs (NSAIDs) block inflammation. As I’ve been writing and telling patients for years, “inflammation” is also known as the physiological recovery process. Sure, too much of anything, including inflammation is bad, but too little is also not healthy.

NSAIDs  start damaging your kidneys and raising your risk of a fatal heart attack from the very first pill.  NSAIDS have now been shown to block the muscle developing impact of exercise. Another article published in the August 21, 2017 issue of Acta Physiologica  (a prominent physiology journal, nearly 130 years old) included: “young individuals using resistance training to maximise muscle growth or strength should avoid excessive intake of anti-inflammatory drugs”. I would add that the impacts are even worse for older individuals.

One reason I enjoyed working the medical tent at major US marathons (Boston Marathon, USA Olympic Trials, Houston Marathon, Marin Corps Marathon) was that it was the only place my colleagues shared my concerns about NSAIDs. Those not-so-benign over the counter pills are a major risk factor for serious and even fatal problems for endurance athletes. When I was Medical Director of the Santa Rosa Marathon, I banned NSAIDs from the medical tent. Runners often think they should take ibuprofen or some other NSAID before a race and they would come to the medical tent asking for some. When I refused them,the runners were annoyed, but I explained that I didn’t want to see them later that day for a heart attack or hyponatremia (the most common cause of marathon deaths).

The adverse effects of NSAIDs are less immediately evident outside of endurance events, but the impacts are no less severe. Remember that popping NSAIDs is just not good for you. Use them rarely and be aware that there are many better options.