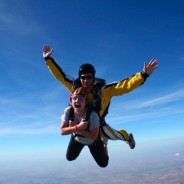 It is summertime.  I am filling out lots of summer camp and other “special experience” forms for the children in my practice. The kids who live in my neighborhood are engaged in different activities (no lemonade stands yet, though) and the school behind my house is now a summer camp.  It has me thinking.

As a child I totally loved summer camp.  I was always nervous beforehand – the new kids, the new counselors, the new place, the new activities.  New, new, new and new.  The unsettling, potentially traumatizing experience of the unfamiliar. I was shy, insecure, introverted, bookish and unathletic. If I only wore glasses I’d have been the archetypic nerd. I should have hated it all, but not so.

The new environment shook up my life without a doubt.  I had to deal with eating food I hated.  The memory of Spam still makes me a more than bit queasy.  There were a few kids who bullied me.  Sleeping in a big room with a dozen bunk beds occupied by semi-behaved boys was often not especially relaxing.  I had to do a lot of things I would never have chosen to do or even thought of. Some of that was big but even the little stuff was different.  Some was great and some was not. Lanyards and hot pads just aren’t that cool.

So, what was there to like? I learned new things. I learned that I really wasn’t ONLY the bookish nerd I thought I was. I became a very good swimmer. I became a sailor, writing home an impassioned letter about this new sporting love. I had counselors who treated me like I was way more interesting and worthwhile than I ever thought I was. The new experiences showed me new things about myself and put me in situations where I could learn to be different that the person I was before.  It was all about growth, in other words. To take the largest view, those camp experiences opened the doors of possibility for me.

Some criticize these camps today, viewing them as places for uncaring parents to dump their kids while they are off at work. I am delighted that children have these opportunities.  In fact, the biggest problem I see is that we need summer camps for adults.  In an ideal world we would shake ourselves up a bit as well, on a regular basis.

Hey, its summertime.  Try something new!